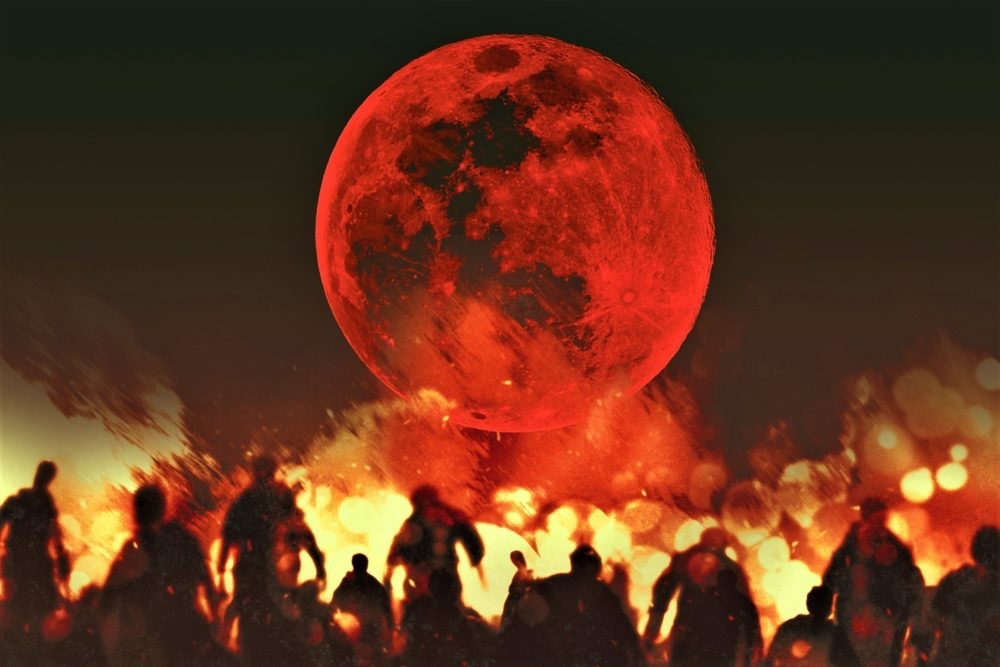 “No nights like these in the big city…”, the boy said, “Do you know why the moon goes red from time to time? My grandfather told me once of a king who lost his army, and his kingdom was about to be destroyed by his enemy. And he was denied a death by the enemy king. So, wishing to be with his loyal servants even in death, he took his sword, intending to rush alone against the great army. A certain and honorable death.
But before he could even go, Odin appeared before the lost king. He said that it is his duty firstly to be a king then a warrior. If he wanted to join his servants and brothers and sisters in Valhalla, he would grant him that. But before he does, he would need to vanquish the enemy who threatens the land and who despises the gods. But the king asked the Great Odin how could he do that when he lost his entire army, he was all but himself. Odin said he would borrow the stars above if he would attack at night, only if the king would promise to wash the moon with the blood of the unbelievers, so whenever the moon painted in red would rise it would be a message what happens though those who insult the gods and despise the old ways. The king agreed and marched alone with his swords on the enemy camp. As he came close, he prayed to Odin, and charged one last time.
The enemy opened fire, thousand arrows flying in the

air and the enemy sending their cavalry to butcher the lone king. But before the king could draw his last breath, he saw, hundreds of stars falling to the ground, decimating the enemy’s army, washing the ground with blood and fire, and all of the blood, like a river climbing the waterfall, rising into the air, painting the moon red with blood of heathens. So, whenever the moon painted with color of red comes on the top of the nights sky among the bright starts, speaks the tale what would happen to those who defy and seek to destroy the ways of the Viking and insult the old gods.”